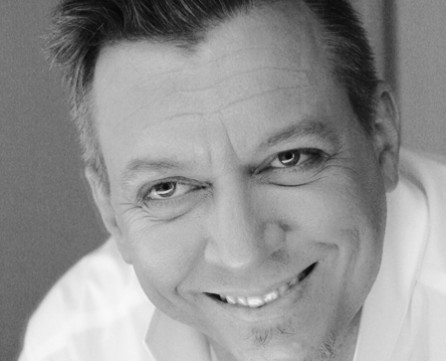 Robert Majkut is one of the most important European designers. His hard-earned brand and consistency in his approach to design makes him recognizable as a very popular designer and creator of unique places.

Born in Szczecin, Poland in 1971, he graduated with honours from an art secondary school with furniture design as major. Having first studied architecture at Szczecin University of Technology, he then moved to the Academy of Fine Arts in Poznan. Finally he graduated from Cultural Studies at Poznan University.

Since 1988 he has been involved in art as graphic artist, painter and creator of installations. Natural born rebel, humanist, cultural anthropologist. Today Robert is most of all a designer, effectively changing the reality that surrounds us. For the better.

He represents a conscious level of designing, in which natural, cultural, humanistic and economic aspects are the most important. His style combines formal design with innovation and latest technologies. Because of his education and interests, he always puts his projects in proper cultural and social context.

As a designer he is sensitive to forms, which are humanoid, oblong, round, close to nature. It is a recognizable motif in his works. He looks for inspiration in the surrounding reality. Design in his understanding is based on pioneer, progressive solutions, changing our reality for a specified, meaningful, good purpose. For a long time he has been faithful to the message: ‘the future is tomorrow invented today’.

For him design is a mission aiming at shaping the world that surrounds us to make it comfortable and aesthetic, and to influence positively our emotions through designed objects. The world seen by Robert Majkut is characterized by individualism and a great sense of form. He often operates with scale and intensity of materials. He is not afraid of exploring and brave, unconventional solutions. He is a perfectionist – always aspires to the highest level of quality.

Thanks to the strong work ethos, mature approach to design, and legendary quality requirements, Robert Majkut has become one of the most highly valued and experienced designers in the industry. He operates in the segment of the most exclusive brands and the most demanding investors. He works with the elite of the Polish business, both in the commercial and private sector. He also works for foreign investors – e.g. in China or Russia.

Projects related to industrial design, signed by Robert Majkut, compose a varied, often exclusive collection of furniture and applied art objects: Proton loudspeakers for Tonsil, Mrs President desk and the collection of Hermama and Herdoter lamps, to name a few.

Robert’s work received many accolades – in 2002 he was honoured with the ‘Rising Star’ award by the British Council. He was also nominated for Elle Style Awards 2007 in the “good design” category. In 2011 Polish marketing magazine Brief included him in the ranking of 50 most creative people in business.

He has been active in the field of popularising good design. Member of the programme council of New Culture Bec Zmiana Foundation; guest speaker at universities, judge at competitions, expert quoted in Polish and foreign press.